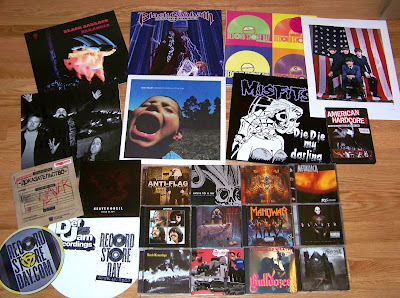 Record Store Day was a complete success this year. I picked up Jeff at 8:30 in the morning and we took off, so that we would be there when the doors opened at 9:00. There were a few limited edition releases, and I wanted to make sure that I didn't miss out on them. We got to Bull Moose Music a few minutes after the store had opened, and there were already between 10 and 15 people standing around as the employees unpacked the new records and CD's. 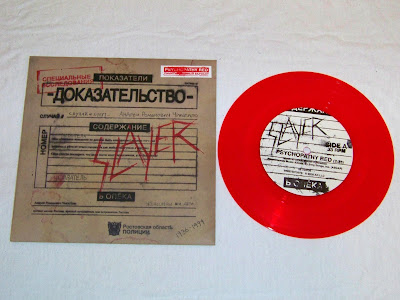 One of the first new releases that I grabbed was the Slayer single for Psychopathy Red. They are recording a new album right now, set to be released in July. If this single is any indication, the album should be killer. The flipside of the record is jumbled mess of nothing. Cool packaging and nice red vinyl...limited to 5,000. 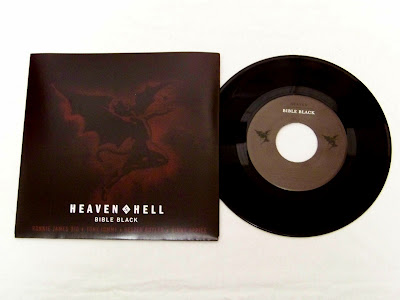 The next 7 inch that was released on Record Store Day, that I picked up, was the new single from Heaven and Hell. The band is basically Dio-era Black Sabbath, back together and recording under the new name. I liked the three new songs that the band did for the Sabbath release of The Dio Years, but this new song, Bible Black, blows those away. I'm eagerly awaiting the new album that will be released at the end of this month. 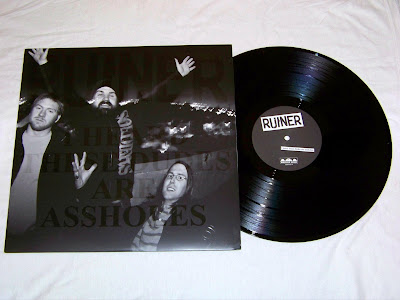 After picking up the new releases, I headed over the vinyl section and proceeded to pick up a few items that I had been meaning to pick up for months. First up was the newest Ruiner LP on Bridge Nine Records. Nothing really new here, as all the songs have been previously released on past EP's. The packaging on this is a huge disappointment. Man, I loved the cover of the bands last album, Prepare To Be Let Down, but this new one, I Heard These Dudes Were Assholes, is pretty weak. This is one of those bands that whenever I listen to them, I think to myself, "Why don't I listen to these guys more often?". Great stuff. 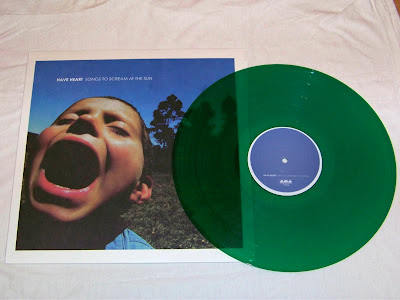 I also grabbed the second pressing of Have Heart's Songs to Scream at the Sun. While I still stand by my original opinion that this is one of the worst album covers, I still didn't hesitate to add the green vinyl, limited to 1,000, to the collection. This one has grown on me a bit over time, and while I still think that it falls short of the masterpiece they released with The Things We Carry, there are still some really amazing songs on this album. 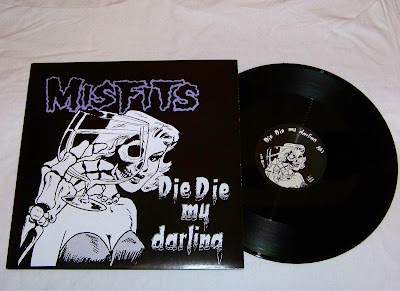 I've always loved the artwork on the Misfits records, so I've decided that while I have the majority of their songs on the two Collection CD's, I need to own a vinyl copy of their records as well. The newest addition is Die Die My Darling. Only three songs on this 12 inch, but definitely worth the purchase. 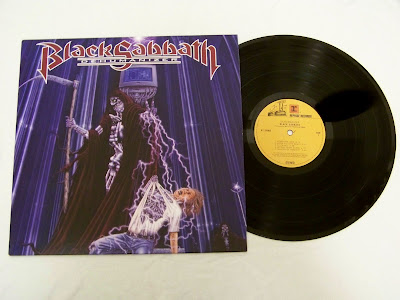 I was surprised to find that Rhino had released the Dio-era Sabbath albums on vinyl. Since I don't believe that the 1992 album Dehumanizer ever was originally released on vinyl in North America, I quickly added this to my list of purchases for the day. I was so far removed from Metal at the time that this album was originally released, I didn't even know that it existed until around 5 years ago. 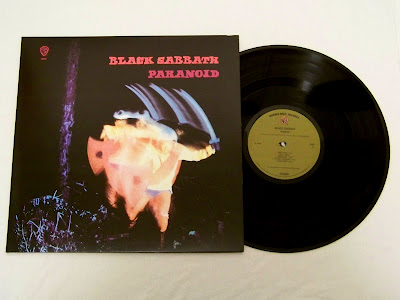 The final vinyl purchase I made for the day was 1970's Paranoid from Black Sabbath. Like Dehumanizer, this one was also re-released on Rhino Vinyl. The only vinyl pressing that I have of this classic album was on the Italian label, Earmark. While the Earmark packaging is really nice, their pressings are known for sounding like shit. Jeff told me that this newest Rhino pressing sounds fantastic, so I added it to the Sabbath vinyl collection.

In addition to all the records that I bought that day, I also grabbed a bunch of CD's, the American Hardcore DVD, plus a few other freebies. Newbury Comics was having a 20% off sale on all their used CD's, and I ended up picking up quite a few to replace the burned CD's that I have in my collection. After a morning of shopping and lunch, Jeff and I headed back to his place, put in a live DVD of a Judas Priest show from 1983, and went through everything that we had bought. What a great day.
Posted by Mike at 5:45 PM

I wish I had a local record store to go to. Nothing beats flipping through racks of records. Sounds like a good day...

Yeah, I consider myself pretty lucky for the amount of independent record stores I have nearby. They are nothing like I'd find in Boston or NYC, but I'll take them over some chain store anyday.

Mike what press is that Misfits 12"? Also my blog is up and running albeit slowly again!

Hey Lins! That Misfits record cost me $6, still sealed...I'm pretty sure that it is fairly new and common.