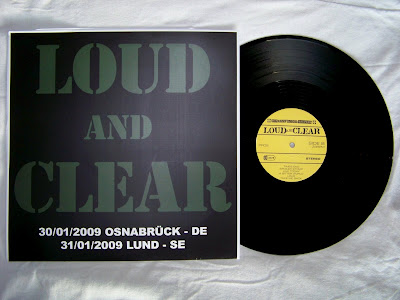 I happened to be browsing the Six Feet Under webstore the other day, and to my surprise, I found myself on tour across Europe with some of today's best bands...all without leaving the safety of my office cubicle. Belgium's Loud and Clear took a few days to play in Denmark and Sweden, and they printed off these special tour covers for the occasion. I can't say enough good things about this band. When I was on a listening streak of early 80's hardcore, somehow Loud and Clear fit in with that playlist, and would often times follow up a round of SSD and DYS with this album. Band is so good it made me pull out the Elephant Skin album from Justice. I found that I loved that album as well, and need to find some more early Justice stuff. 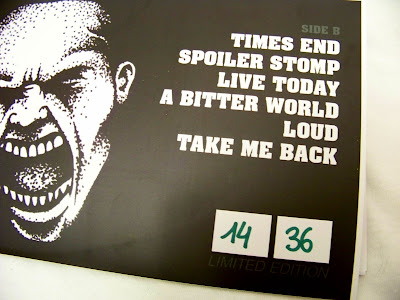 Black vinyl from the U.S. pressing on Six Feet Under. I was surprised that they only made 36 of these covers, and then had some left over for the webstore. Why didn't this shit sell out on tour? Either way, I'm very happy to have one. Hand numbered, and I got 14. 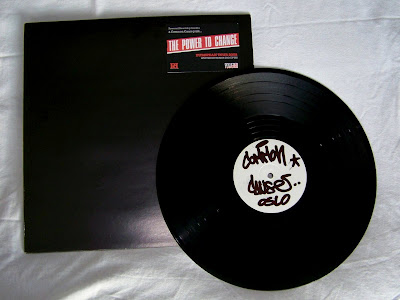 Next up was Common Cause from Oslo, Norway...a great straight edge hardcore band featuring ex-members of Damage Control and Eyeball. They did a tour across Europe last year, and sold this pressing along the way. Black vinyl, with hand written labels, packaged in a "DJ sleeve" and limited to 250. 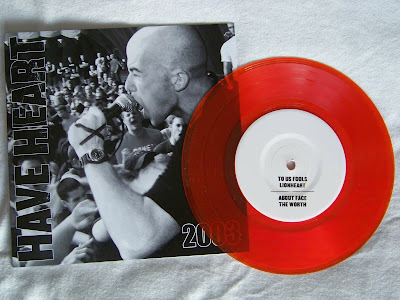 Have Heart also did a Euro tour, and Bottled Up Records pressed the demo on a special orange colored vinyl (limited to 250) for the band to take over the Atlantic with them. Yeah, the picture makes it look like it's red vinyl, but trust me, it is a nice dark orange. 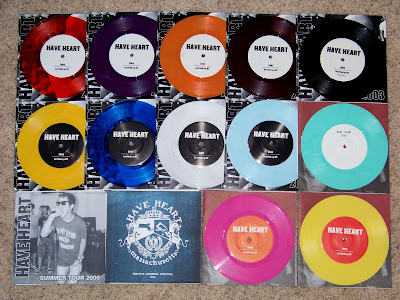 As you can see, I have many different pressings of this record. This record has been pressed so many times, it is insane. I don't care though. In fact, I love it when a label will press an absurd amount of colors for one record...it makes for a great picture. I think that I only need two more pressings of this to make it complete. 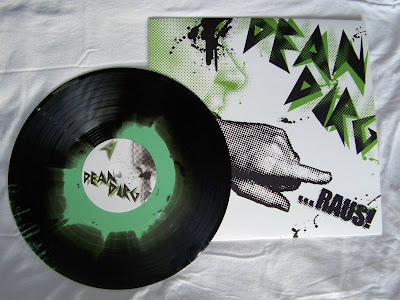 The last album that I bought from Six Feet Under was for a band called Dean Dirg. Don't let the odd name turn you away. This German punk band rips it up...just a lot of fun. 100 made on green and black vinyl.
Posted by Mike at 11:20 PM

Labels: Bottled Up Records, Have Heart, Six Feet Under Records

That Common Cause record is great. About early Justice material I bought their demo three days before the demo release show but give it away years ago. Otherwise you could have it.

I really want that LAC record. I have the common cause tour lp already.

I'm wondering if all the Common Cause tour pressings have the same writing on the labels....

loud and clear didn't play denmark :-) 'de' stands for 'deutschland' - germany. osnabrück is a city in the west of germany.