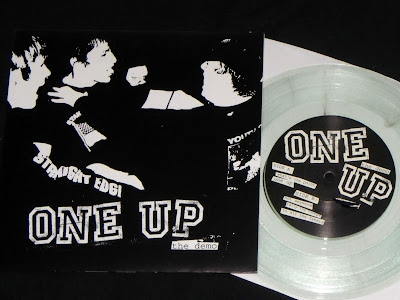 I've already hit Discogs a couple times this year for One Up records, and with that fire still burning, I headed back to the well once again. This time I was looking to cross off a couple copies of their demo from the list. 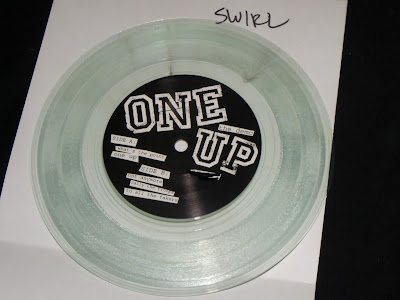 There was a seller that had a copy listed for the clear vinyl pressing...but instead of being numbered out of 100 on the inside cover, this one just has the word "swirl". Bottled Up is known for some crazy transition pressings...especially with the Have Heart records...so I'm assuming that this is a similar deal. "Hey, there are a couple of faint black streaks, lets set this aside, and list it as a transition". 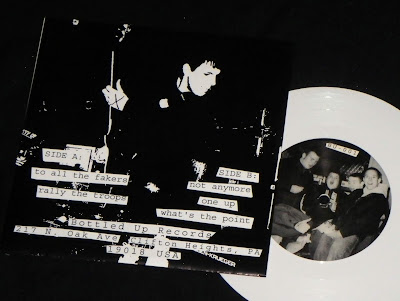 The Discogs seller also had a white vinyl pressing available, so I grabbed that as well.

This one of those bands whose records I neglected to buy when they were around. I'll have to redeem that soon.

Yeah, I was too concerned with CDs at that time. The good news is that One Up records are cheap pick ups on Discogs.