I've recently been on a bit of a kick, buying different pressings of Hardcore records...something that I haven't been interested in for years now. After going on a bit of a shopping spree, and picking up a bunch of cheap 7 inches, I had the urge to chase something a bit more substantial, and I wanted to cross a heavy hitter off my list.

After spinning the songs from D.R.I.'s first record, I knew that I had a target in my sights. 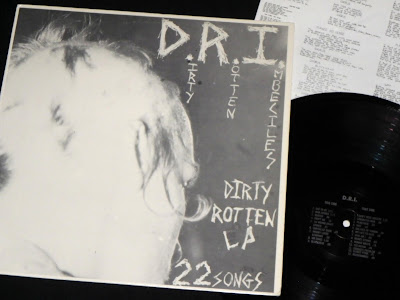 Originally, the Dirty Rotten record was released as a 7 inch EP in 1983, but when I was tracking down a copy, I was more interested in the 12 inch LP reissue from later that same year. I suppose that I could have tried to track down a legit, non-bootleg copy of the 7 inch, but reading Doug's experience hurt my head, and I figured that I didn't want to get caught up in that mess, and stuck with the LP instead.

What really surprised me was how easy this was to pick up. $20 off Discogs, and the job was done. I expected a higher price tag for this classic. 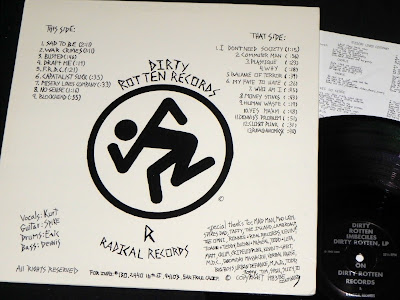 This album is a straight up ripper. I remember when I first heard this around 1988, and my brain struggled to keep up with the speed of some of these songs. To this day, I basically just mumble my way through, trying to keep up while singing along.

That is the precise weblog for anyone who desires to seek out out about this topic. You notice a lot its virtually hard to argue with you (not that I actually would need…HaHa). You positively put a brand new spin on a topic thats been written about for years. Nice stuff, simply nice! bovada casino