I love record collecting, but sometimes I look back at some of the things that I threw my money at, and I just shake my head. There was a time when I was a bit over zealous, and with a mindset of "more pressings the better", I was jumping to buy any and every piece of Hardcore vinyl that went up for pre-order.

Since I've been going through and reorganizing my collection recently, I've started weeding through some of those records that weren't the best decisions. Reissues and discographies make up a big part of those regrets. 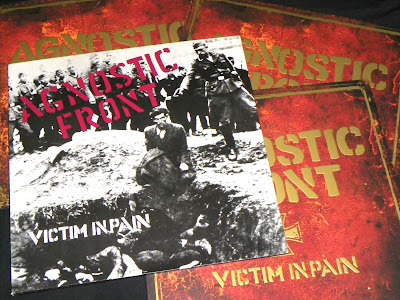 I know that I've got some serious holes in my collection, and I'm trying to commit to finally filling those, instead of chasing a ton of new releases. Right now I just find it more fulfilling to buy one original pressing of an older record than 5 different colors of the new Angel Du$t LP. So when I recently pulled Victim In Pain off my shelf, and recognized that the only copies that I owned were the 2009 Bridge Nine pressing, I knew that I had to take immediate steps to rectify the situation. 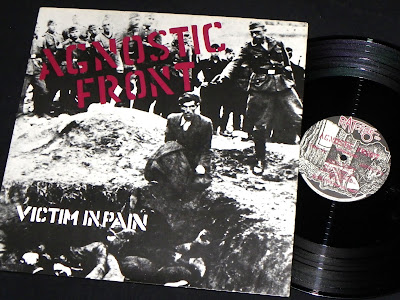 With some money burning a hole in my Paypal account, I set out on my hunt for a Rat Cage pressing. 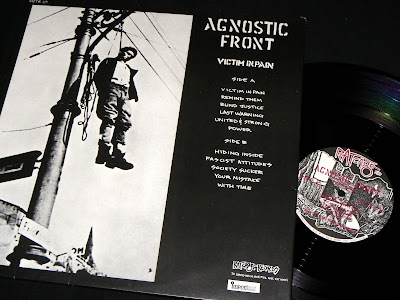 With the only difference between a first and second pressing being the "Important" logo on the back, I decided that second pressing was good enough for me. Funny though, because if this was a Black Sabbath record, I would spend an extra $200 for a legit first press...with AF, I'm like "meh, the only difference is the Important logo...good enough". 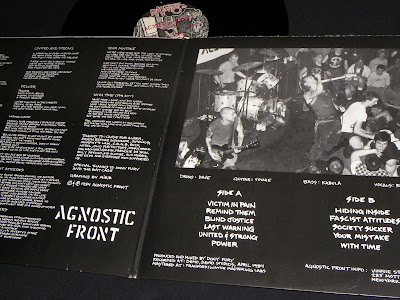 There is something 1,000 times cooler in owning this Rat Cage press, and it makes those three copies of the Bridge Nine pressing obsolete. Time to sell 'em on discogs, and make a couple of bucks for the next pursuit.

Good work.you need this in any collection.

I still don't own this. Cool to see you've made that step to start selling some stuff though.

Nice pick up. Back in the early 90's i managed to pick up a 1st press (didn't know that at the time, or even with the last 5 years) in insanely great shape for what now seems like pennies. I agree, originals are better than represses. Though B9 deserves credit for putting this classic back in print.

Agreed thedeadcomedian. The B9 reissue was very well done...I just no longer need them in my collection.

These seem to be hard to find in good condition. Yours looks great. I also pre-ordered the B9 edition together with the United Blood ep. This record is too important not to have it in a Hardcore collection.