From the stage, our metal gods seem immortal...impervious to death and disease...the roar of the crowd makes them ageless, and with a backdrop of guitars and drums, it seems like they can live forever. They encapsulate the innocence of of my youth...they shaped me, and helped create who I became. It may sound cliche, but the bands from my childhood were my sanctuary...when I felt like I didn't fit anywhere, the music had my back. When cracks begin to show in that foundation, and the march of time inevitably brings them down, I feel that cut deeply.

AC/DC were a huge part of my early teenage years. For Those About To Rock was one of the first pieces of vinyl that I bought as a 12 year old boy, and it ignited a fire in me...calling me to the darker and heavier side of music. So when it was announced that Malcolm Young was suffering from dementia, among other health issues, and was retiring from AC/DC, it was tough news to hear. 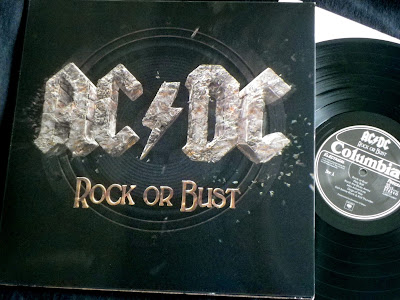 With Malcolm's blessing, the band soldiered on to record and release AC/DC's 15th album, Rock Or Bust. 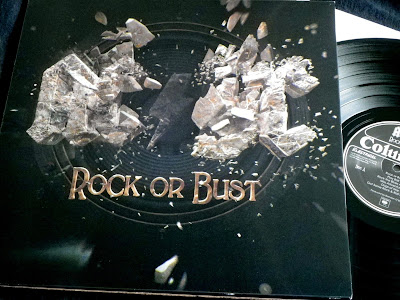 I haven't bought a new AC/DC album on vinyl since purchasing For Those About To Rock almost 33 years ago. While I have the entire catalog on CD, my vinyl collection is weak. With the cool 3-D cover, I knew that vinyl was the only way to go with this new album. 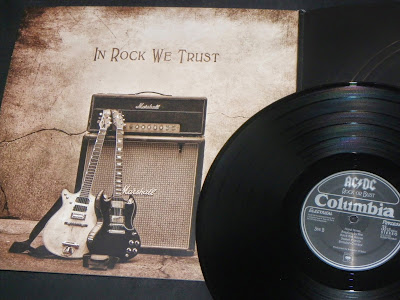 With Malcolm out of the picture, I didn't have high expectations for the new album. While I enjoy all of AC/DC's records, they haven't really done anything that has stuck with me since 1983's Flick Of The Switch. 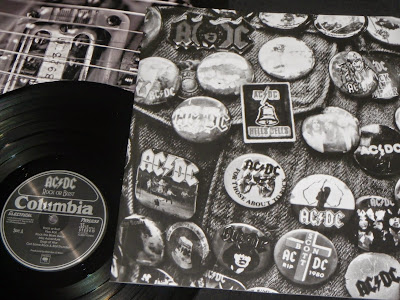 Sure, Rock Or Bust isn't going to crack any Top 10 lists for favorite AC/DC albums, but I'll be damned if I don't find it surprisingly good...really good. There is some guitar work on here that surprised me...and when it comes to AC/DC you don't get many surprises, so it was quite refreshing...and at 35 minutes, the band gives you an album that doesn't lose your attention. 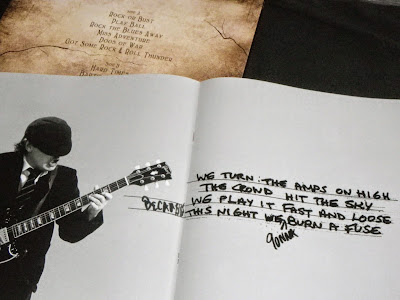 Great packaging...solid album, for what could very well be the band's last.