In the late 80's, once a year the local convention center would host the Record and Tape Flea Market. I looked forward to it each year, and leading up to the event, I would try to save as much money as I could, so that I could have a huge spending spree. The convention center was packed wall to wall with vendors selling vinyl, tapes and CD's, but my favorites were the bootlegs. As a kid in Maine, I felt like I was so far removed from any kind of live scene, and if I wanted to see bands like Overkill and Slayer on stage, I had resigned myself to the fact that it would have to be through VHS bootlegs. I would also elbow my way through the crowds to check out the bootleg cassettes for the chance to hear Metal Church and Anthrax live. There were even rare occasions when I shelled out the money for vinyl bootlegs.

Over the following 25 years, those bootlegs were pretty much shelved and forgotten about. An old friend recently stopped by my house, and we started reminiscing about those flea markets, and I pulled out a Metallica cassette of Cliff Burton's last show with that band. The sound was typical bootleg quality, but it was such a blast to listen to again. Soon, I was pulling out my small collection of CD and vinyl bootlegs...Metallica at Donington in '85, Iron Maiden on the World Piece tour in '83, Overkill live in Leeds from '87...and it was a lot of fun to hear these raw recordings again. 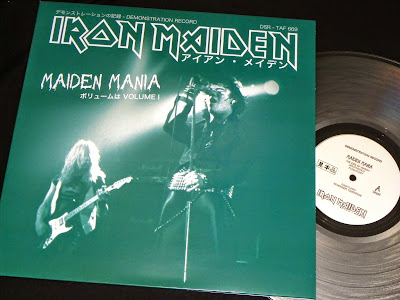 When I was recently killing time in the Hells Headbangers distro, waiting for the latest Bat 7 inch to go on sale, and I stumbled upon a bunch of Iron Maiden bootlegs. I was so excited over this find, that I couldn't wait for that Bat record to be available, and I immediately made a purchase. 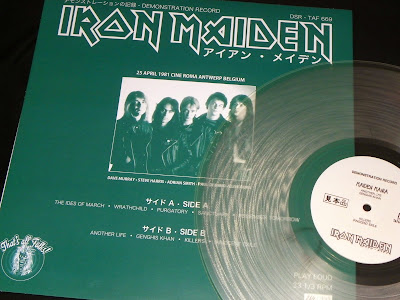 I had no idea how these sounded, but I was completely sucked in by the cover design. I hoped that the quality of the recording wasn't too bad, because based on the covers alone, they were impossible for me to resist. 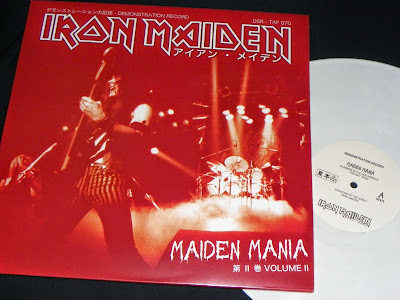 Spread across two LPs, this live show, recorded in Antwerp Belgium on the Killers tour from 1981, sounds pretty good. It sounds like the tape from the original recording got warped at the start of Murders In The Rue Morgue, and it is a difficult 30 seconds to get through, but other than that, this is a great snapshot of the band firing on all cylinders. Five months later, Di'Anno had proven too undependable out on tour, and he was gone. 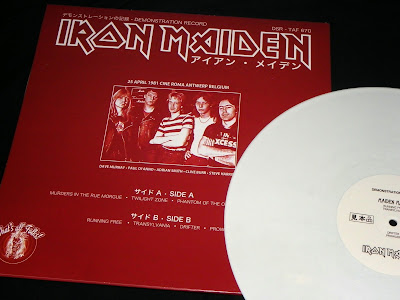 I fucking love this documentation of Maiden live. it seems as though this label, That's All Folks!, has released a handful of Maiden bootlegs this past year. I want them...I want them all. 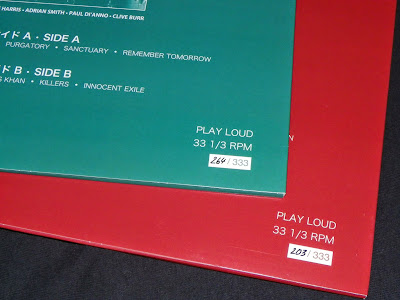 There were different colors of vinyl available for each, and each was hand numbered out of 333.

Yeah I had a bunch of maiden bootleg vinyl but I sold it to my friend when I got into hardcore. He still has them and even brought them round recently to listen to so that was cool. At least they're still around even if they're not in my collection.