Multiple Copies For A Change

I can't remember the last time that I bought multiple copies of a record for a preorder. It is a rare thing when it happens these days, but seeing how I used to go nuts collecting React Records, I figured that the new Change record was a good enough reason to buy every pressing that I could get my hands on. 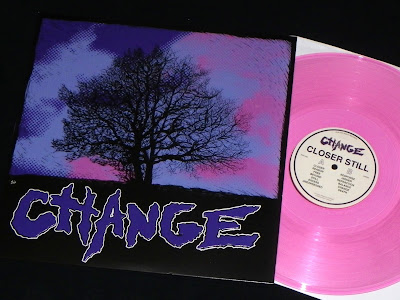 Change is fronted by Aram, and based on his history with Betrayed and Champion, I was condfident that this record was going to be great. No risk. I didn't even need to mess around with the songs that were released as a preview prior to the albums release. I just dove straight in and placed my order. How great does that pink vinyl look next to that cover? So good. 100 pressed on this color. 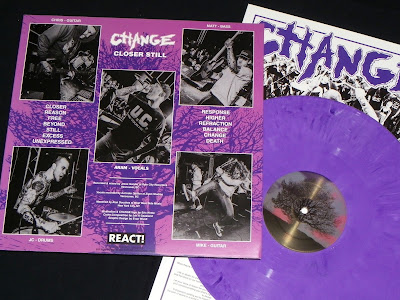 This album delivers the goods. It is exactly what I wanted from the band. With Aram's voice, I can't help but compare Change to Betrayed, however, musically this record takes a couple unexpeceted twists on some of the songs for a bit of variety. Great record. The only thing that I didn't need here is the last poetry track. I get that it is a nod to the Uniform Choice "Silenced" thing, but I didn't care for it there, and don't need it here. No thanks. 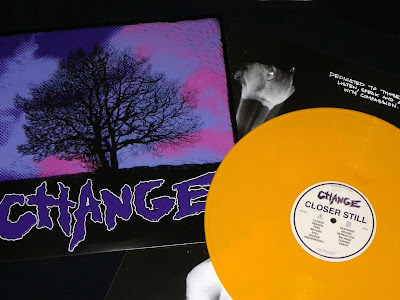 In addition to React, Refused Records handled the pressing for the Change album over in Europe, and RevHQ got their own exclusive pressing. Refused is a bit of a pain in the ass to order from, so I didn't bother, but I did jump on the REV pressing. I get that the yellow vinyl is a match for REV's logo, but it isn't really a good match with the cover...and next to the pink and purple vinyl (plus the blue pressing from Refused), the yellow is a bit jarring. Oh well, I'm still happy to grab this one. 200 pressed on yellow.

Along with the Refused pressing there are still a few copies that I need for this record. Hope that I can get them all at some point.

I am kicking myself for not ordering the pink and purple. They look great. I figured that the records would have been pressed on horrible euro vinyl (as per a few of the later React! releases like the Praise 12") and it genuinely put me off. And then when I saw the pics I instantly regretted it.