When I was picking up the new By The Grace Of God record over at REVHQ, I noticed that they also had a listing for the Searching For Silence album from Temperance. Since the BTGOG record had put me into a mid-90's kind of mood, and this was the first time this Temperance album was pressed to vinyl, I didn't hesitate to add it to my cart as well. 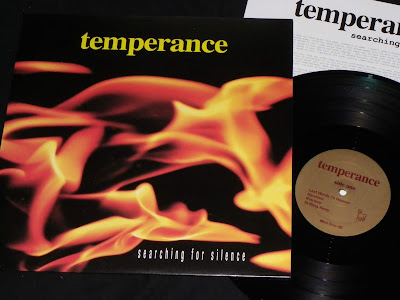 Originally released only on CD back in 1995, I was surprised to see that people cared enough about this forgotten Rhode Island Hardcore band to finally give this a vinyl pressing. I mean, I saw Temperance quite a bit back in the day, and in the Boston area, the band seemed like a pretty big deal...kind of following in Kingpin's shoes and going from a straight forward Hardcore band, and then adding in a more melodic flavor. I even tried to book both Temperance and Dive for a show in Portland back in '93, although both of them bailed a couple of weeks prior, and I had to scramble to fill their spots with much smaller bands to keep from completely cancelling...but still, I spent a fair amount of money on long distance calls with the bass player, Adam, talking about setting up the show and just talking about shit in general. I'm not sure how much interest this record will generate over 20 years later, but I'm pretty stoked to finally have this on vinyl. 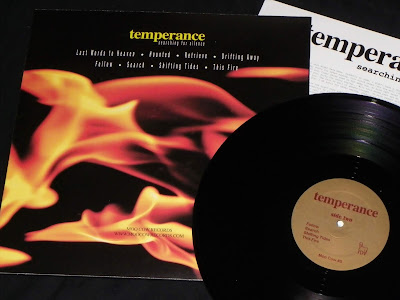 Only 300 pressed, and only on black vinyl.

This is a sick record. I'm gonna have to get a copy soon.