When I first started getting into Hardcore, around 1990, I pretty much stepped away from anything that had to do with Metal. Hardcore was new to me, and it consumed my attention...I had no interest in anything else for a solid ten year stretch. I started to get back into Metal around 2000, when I dusted off some of my old Metal CDs, and I was surprise with how much I enjoyed listening to those old albums. Soon after that, I started checking out newer Metal bands, and was downloading albums from Slipknot, Mudvayne, and System Of A Down. That stuff was okay, I guess, but it didn't really stick with me. Soon I had stacks of burned CDs from newer Metal bands that I'd downloaded through Napster and WinMX, and while I liked the aggression, I found that there wasn't much that was memorable and I was bored after a few songs. Then along comes the Thrash revival.

Older Thrash bands, like Death Angel, Kreator, and Exodus, are making some noise with great new albums, and soon there is a wave of newer bands adding some fire to the scene as well. This was the shit that I was waiting for. I tossed most of those newer Metal bands into the trash, and was loving what bands like Bonded By Blood, Evile, and Gama Ray were bringing to the table. Thrash hard! 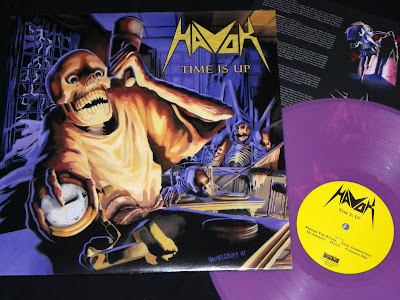 There were a number of new bands from the Thrash revival that I really enjoyed, but the Time Is Up album from Havok always stood out as one of my favorites. That album was full of 80's Thrash mayhem, and did not let up. 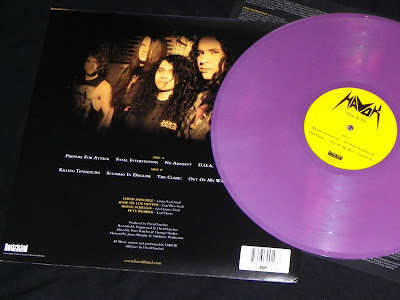 When Havok released their new album last year, I was checking the vinyl pressing info for their other albums on discogs. I noticed an entry for a hand numbered pressing of Time Is Up on purple vinyl was listed, but with none available for sale, I added it to my Want List.

A year goes by without any hits on it, and then surprisingly one shows up in my discogs daily notification. With a $12 price tag, I didn't think twice about scooping it up. 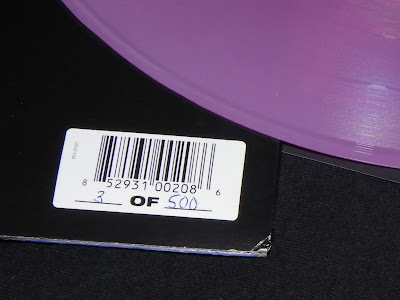