Christmas came around and I got the presents from my brother, Paul. Sure I helped steer him in the right direction, but he did make some great choices. He also spent more than I expected him to, so I'm grateful for that as well. Three classics. 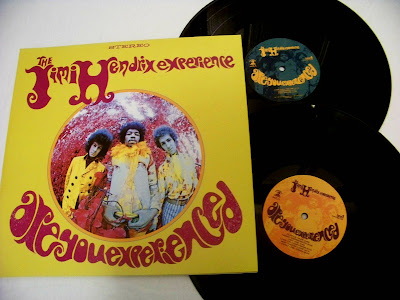 Man, I love me some Jimi Hendrix, and this first album from 1967 is his best. This copy is some new Back to Black reissue, and the packaging on this is fantastic. Nice heavy vinyl with a gatefold sleeve. It also includes a booklet with some reflections on the band. 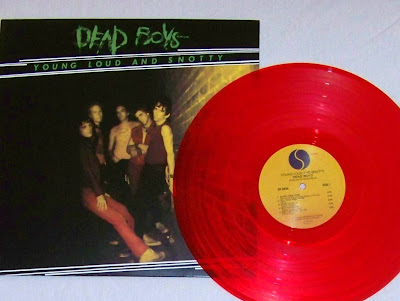 Another classic reissue is the 1977 Young Loud and Snotty album from Dead Boys. I downloaded this album a couple of years ago, and love the attitude and aggression in these songs. Dead Boys was the band that originally did Sonic Reducer that has been covered numerous times, but the first time I heard it was on Overkill's first album. I've tried to check out other Dead Boys stuff, but this is the only album that grabs me. 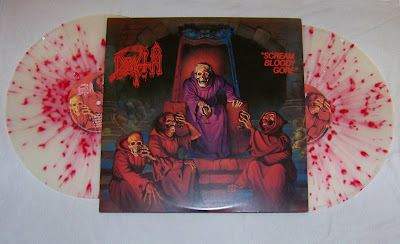 The third, and last, classic reissue that Paul bought me was Death's 1987 album, Scream Bloody Gore. This album was re-released on Back On Black Records, not to be confused with the Back To Black Hendrix reissue. A few months ago, I was on a mission to collect a bunch of Back On Black releases, but since they are expensive imports and I can only find them at online distros, my obsession died after only obtaining two albums. Still, I hope to continue to pick up a few here and there. So I was really happy to find a copy of Death's first album at Newbury comics, and thankful that Paul picked it up for me. Great gatefold packaging, with an awesome clear with red splatter colored vinyl. 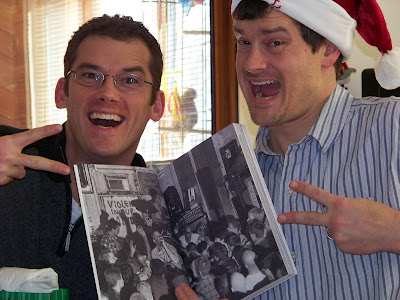 My Mom and Paul both got me the Radio Silence book, so I returned one of them and put the money towards a new USB turntable so that I can easily rip my vinyl to the computer. Thanks for everything Paul!

That Death album is amazing. I've tried getting into other stuff by them and hearing nothing but awful.

I really enjoy the next two, Leprosy and Spiritual Healing, but then again I was a huge metal head when both of those albums were released...

I second that...that death was great. These guys are so damn strong. More than 20 years they've been putting crazy shit out like this. That's impressive.