Dreams That Move You 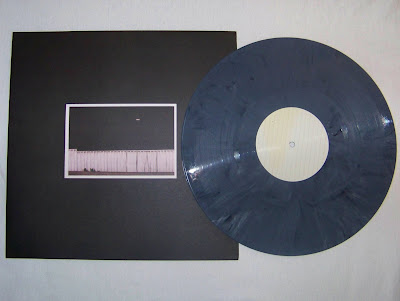 Okay, so when I had a dream about Ceremony's new album, Still Nothing Moves You, I figured that it was time to add the vinyl that I picked up last week to the blog. In the dream, I was a concert...not sure who was playing, but Chris Wrenn from Bridge Nine Records was there selling merch. I was the only one at the table and I noticed that he was selling the Ceremony album on clear green and coke bottle clear vinyl. I was so surprised because I had no idea that those pressings existed. I had stumbled upon something special and rare, and I was starting to ask him about them...then I woke up. You know that the obsession is taking over when it starts to infiltrate your dreams!
Anyway, when Bridge Nine put this album up for pre-order, I was feeling too broke to place an order, so I didn't jump on it. A month or so passed before I even bothered downloading the album...I don't know why, but I'm always late to the party when it comes to Ceremony. Christ, I think their last album was out for at least six months before I bothered checking it out. Just like Violence Violence, I fell in love with the album after I decided to give it a shot. I finally placed an order with B9, but they only had the second pressing of the album on olive green vinyl (limited to 1,000, I think). After I received the record in the mail, I noticed that the local record store had the first pressing on grey vinyl (limited to 900). I figured that since Bridge Nine was sold out of it, I better pick it up before I had nightmares about trying to find this color on ebay. 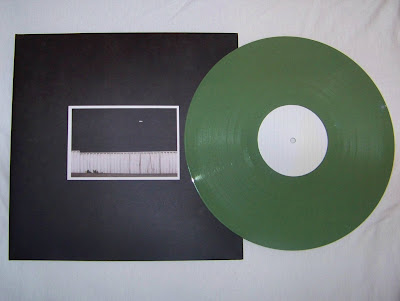 i wish i could say i could pick up records at a local record store. hehe

I never heard this band & I don't own any of their records. But all of a sudden I now want this record. I like the cover and I like the way that the record has blank labels. Stupid reasons for wanting a record, maybe. But that's the way I work sometimes.

The labels aren't blank, it may not have come across too well in the photo, but they are really an image of lined paper from a notebook. It ties in with the photo on the inside of the gatefold sleeve. Band is pretty cool...with some serious Infest and Failure Face influence.

album is sick. wish i could help you out with the collection, i had two Sound & Fury presses (black record with blank labels limited to 100) but i gave it to my friend as a birthday gift. But once again you collection is amazing!