Here we are, over a month later from when I scored some records while out shopping downtown...and I'm still blogging about what I picked up. Sorry, it has been a busy summer, and I've been neglecting posting stuff up here. 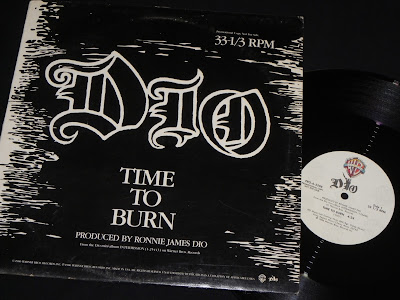 While flipping through the used bins, my eye caught a strange looking cover with the Dio log across the front. Whoa, what is this? I had never seen this cover before, and in my mind, I was purchasing it before I even knew what songs were on it. Well in this case...it was just one song. Sure I had the song Time To Burn from the Intermission EP, but I had no problem adding the 12 inch promo single to the collection for this song as well. 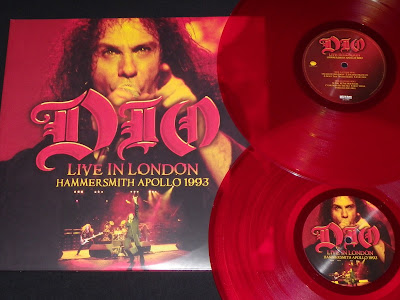 Buying this 12 inch single only highlighted the fact that I'd been slacking on keeping up with the recent Dio live albums. In the five years since his passing, we've seen six live albums for the Dio band. Some may think that is a bit excessive, but given that each performance is passionate and vital, I'm in for each and every one...except that I seem to have let a couple of them slip past me. Picking up this copy of Dio's live set from Hammersmith in '93 is a step in the right direction. 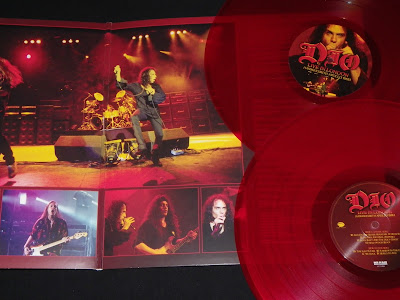 Recorded on the Strange Highways tour, this live set is amazing. While Ronnie still delivers those classic songs that are the foundation of his live set, it is the six songs from the band's new album at the time that truly makes this concert unique and special. Strange Highways is such a strong album, and it is well represented here.