I've always been a fan of all things Dan O'Mahoney...well, I've never bothered to check out God Forgot...but with that one exception, I've always been excited to check out Dan O's new bands. I'd been hearing about Done Dying all summer, with word about two 7 inches on the way, and as soon as they dropped, I pounced on 'em. 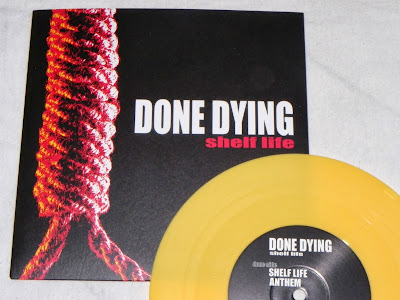 When you bring together ex-members of No For An Answer, Outspoken, and Collateral Damage, you've set my expectations pretty high. Thankfully, Done Dying do not disappoint.

Reaper Records gave us the Shelf Life EP, and I'm loving these songs. When I first heard the old Carry Nation song, Temple Walls, kick in at the end of the record, I was ready to lose my mind in excitement. As I'm getting ready to start moshing through my music room, the song starts to fade 20 seconds in. What the fuck? Goddamn it...what a tease! I would have loved to finally have a studio recording of this song. 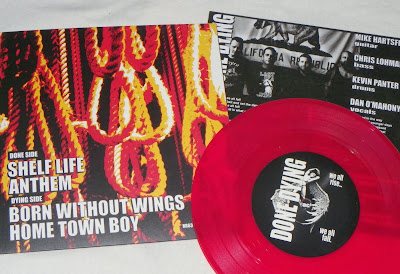 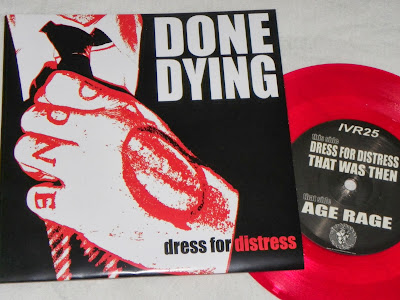 While Reaper gave us Shelf Life, Irish Voodoo releases Dress For Distress. Only three songs on this one, and it's over in 6 minutes. Thankfully we have both records, because just one would not be enough. 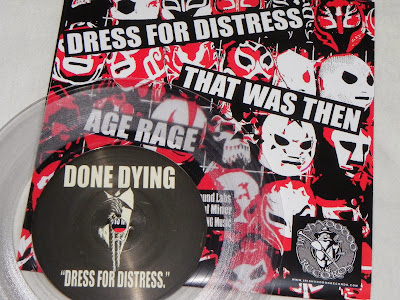 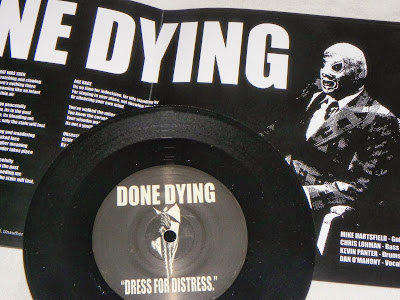 A total of 500 pressed for the first press of Dressed For Distress...100 on clear vinyl, and 200 each for red and black. Second press is now available, and looks to be going fast. 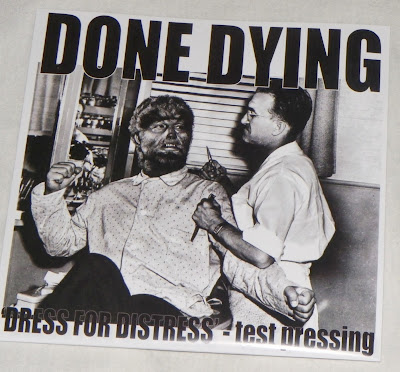 While Reaper threw their Done Dying test pressings up on eBay, to score over $100 for one auction, Irish Voodoo decided to sell their test pressings direct through their webstore, and charged the ridiculous amount of $6.00. Fucking scumbags at Irish Voodoo are looking to rip kids off with those prices. If this was the 90's, people would be calling for boycotts. 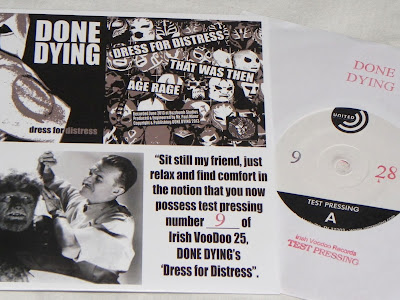 Seriously though, how great is Irish Voodoo? Support them and buy this record...well, not THIS record, because the test pressings sold out in about 5 minutes. You should still go pick up something from them though. 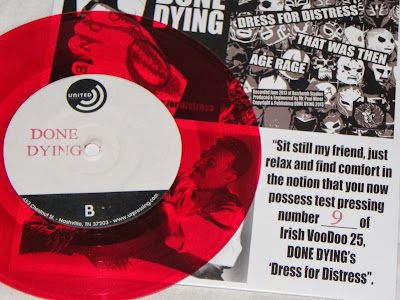 Such a great looking cover for the test pressing...weird that it is on colored vinyl. Only 28 of them, and I snagged number 9.

Totally missed out on the Irish Voodoo release so awesome score on the test!!! Love both of these releases though.

Dude, these are great. I really wish I had got to your email sooner that day when the Irish Voodoo test went on sale. Well done though. Good scores.

Thank you for the kind words, Irish Voodoo Records

DAMN good records for sure. THIS is hc boys and girls, drink it in!