I've been looking forward to, as well as dreading, the release of the new Iron Chic LP. I knew it would be damn near impossible for the band to follow up the greatness of their last LP, Not Like This, so I was a bit pessimistic as to how this new album going to stack up? 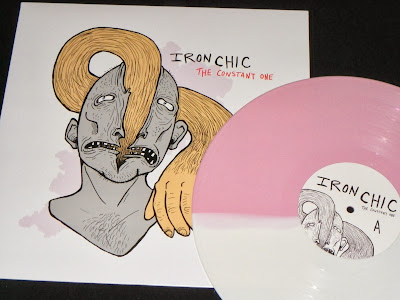 While there is no denying that The Constant One is still a great album, it simply falls a bit short of the debut. While the first LP was infectious as hell from the start, this new one is a bit of a grower. I was somewhat disappointed after the initial spin, but after letting it sit for a couple of weeks, I'm loving it more and more. Great melodic punk that makes me think of Dillinger Four. 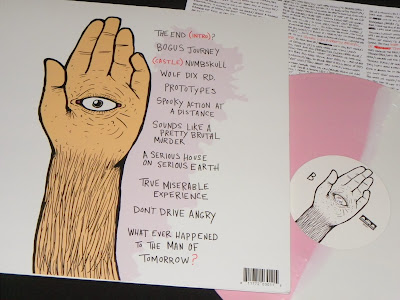 Half pink/half white colored vinyl is limited to 700, and just seemed like the best choice when I was picking up a copy from Bridge Nine.