I already had plans at the first of December for a trip to Boston when Jeff asked if I wanted to make a trip down for some record shopping at the end of November. At first I declined. I already had plans to for a week later, I shouldn't spend the money, and the real reason was that I was afraid that my wife would kill me if I went record shopping again. In the end I said "fuck it", and took Jeff up on his offer. The guy has been through some rough shit this year, so I figured that if it was a shopping trip that he wanted, then damn it, he deserved it. Thankfully, my wife understood, and I didn't catch too much shit for it. 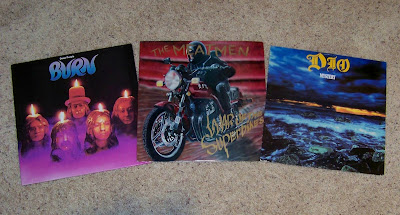 Our first stop was at In Your Ear Records. The store is packed, wall to wall, with used vinyl. You have to dig through a lot of shit to find any kind of treasures, but that is all part of the fun. Knowing that we had a couple of other stores to go to, I tried to not blow my entire load in the first store, and kept my purchases to a minimum. 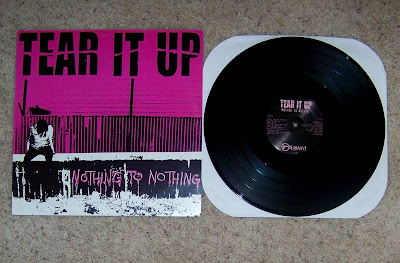 Our next stop was at Nuggets. This store was kind of a bust. There was just so much junk...like they hadn't added anything new since I was there last year. I know that the owner sells stuff on eBay, so I'm sure that all the cool shit ends up there, and unfortunately it will probably mean the death of his store. I was prepared to walk out of there empty handed when I found Nothing To Nothing by Tear It Up. I was kind of surprised to find this at Nuggets, as they don't typically carry any hardcore or punk. I already own this one on CD, but the album is so good, I figured that I'd drop the $15.00 to have it on vinyl as well. 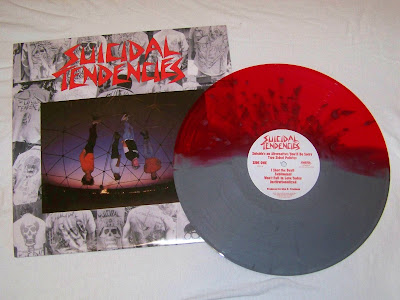 On a whim, Jeff and I decided to check out Newbury Comics in Harvard Square. I have a lot of history with this store, as Paul and I used to make annual trips down to Newbury's back in the early 90's. Man, we would save our money for months, and just go nuts, buying stacks of albums and CDs. This was at a time when mailorder wasn't exactly reliable, and Maine didn't really have any kind of independent record store...these trips to Newbury's was all we had. Somewhere down the line, Newbury Comics opened a store in Maine, and the trips to Harvard Square stopped. How long has it been? 10 years? 15 years? I'm not exactly sure, but when Jeff and I walked into the store, it was as amazing as it was all those years ago. It wasn't anywhere near as good as Generation Records in NYC, but it kicked the ass of anything that we have around here. The two of us agreed...if we had come to this store first, we wouldn't have bothered flipping through the dust bins of the other two stores. Since I was already running short on cash, I only picked up two pieces of vinyl...oh yeah, I got a couple of CD's here as well. 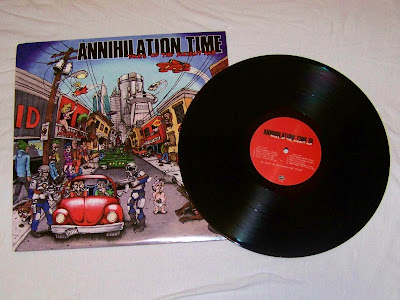 Secondly AT rule and I totally agree with all you said about them. Great musicians on record and live. If Bl'ast had gone Thin Lizzy!!!