The Bridge Nine Let Down 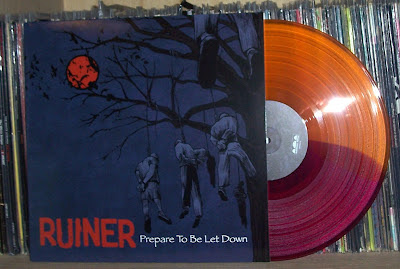 A year ago I was all over anything that Bridge Nine Records released. Nowadays, not so much. I was keeping a list of all the different pressings that B9 had put out, and was on a mission to collect them all. In 2006 they put out amazing new records by Have Heart, Triple Threat, and Outbreak, they were the home of Champion, Mental, and the first Betrayed 7 inch...and then I just stopped caring. The messageboard turned into the biggest waste of internet space, full of retarded posts about "how often do you masturbate", and tough guy posing on anyone that dared step out of line...a place where the bigger dick you were to people, the cooler you were. The label released Palehorse and Death Before Dishonor, and pushed a tough-guy "hardcore" sound that I really wasn't that into. The honeymoon was over, and I no longer felt the need to buy every pressing of every release.
On a whim, I picked up the new Ruiner and Ceremony vinyl. I wasn't excited about it, but I guess a small part of me still felt like I needed to buy it because it was on Bridge Nine. Besides the fact that the Ruiner album has some of the sickest cover art I've seen in a long time, the music is actually pretty good as well. Very dark and angry, while still coming across as very real. The vocals are killer and every time I spin this album, I wonder why I don't listen to it more often. Even though I waited a while before placing my order, I still managed to get the red and orange split colored vinyl...limited to 300.
The Ceremony 7 inch is good too. It took me a while to get into this band. I had their first 7 inch for a while, but never really listened to it, and really caught on to them when I bought their album Violence Violence. The new record rips the same kind of fast and angry hardcore sound, maybe slowing things down a little on this release. They do a cover of Negative FX's Feel Like A Man which is very impressive...worth it for that song alone. The black vinyl was limited to 400 pressed.
So yeah, maybe Bridge Nine actually is releasing some good stuff these days. At some point I may even check out the new Crime in Stereo and Ambitions. Yeah, someday. 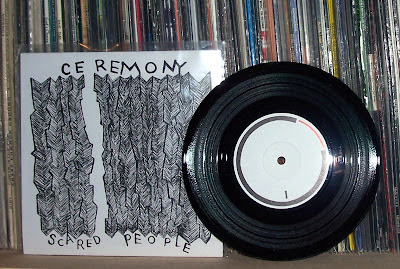 I'm that same way with that Ruiner record. I like it but i never seem to listen to it that much.

I don't know about the Ceremony 7inch though. I haven't listened to it more than a couple times.

As for CIS and Ambitions. CIS is different, more alternative, i don't know, not nearly as hardcore influenced as their other releases. It's not bad but its' just not the CIS i liked.

And Ambitions, not as good as their Question EP, it seems overproduced and lacking in intensity, i don't know, it's an enjoyable listen it just doesn't stand out like i was hoping.

You're totally right about the Ruiner coverart and I really like the record too!