I've listened to a lot of Deep Purple this year...partly because of my obsession with all things Coverdale...also I've really started to appreciate the three Mark I albums with Rod Evans on vocals...then there has been my fascination with the Deep Purple Japanese singles...and finally, the band had a new album due to be released this year.

I haven't been interested in a new Deep Purple album since...well, basically I've never been interested in a new Purple release. Yeah, I guess I bought the Rapture Of The Deep CD back in 2005, but it didn't really get a lot of interest from me, and even though they had only released two studio albums since them, I've ignored both of them. For some reason, 2020 was different, and when it was announced that Deep Purple had a new record on the way, I went into it with some excitement and an open mind. 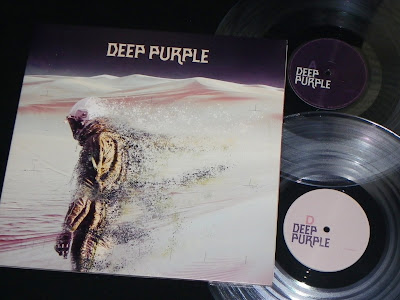 The band released a couple of video singles from the new album, Whoosh, and while they weren't bad, they initially didn't move me. Still, I had such high hopes for the album that I kept going back to those songs, and with repeat listens I found that I was starting to really enjoy them...and the song Man Alive especially started to hook me. Soon enough, I found myself placing an order for the album. 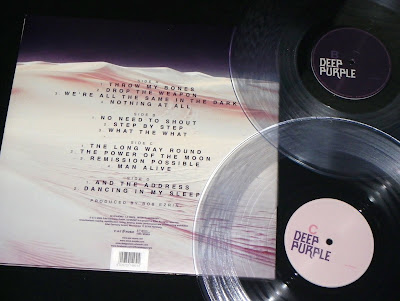 Similar to my reaction to the first couple of singles, initially I was underwhelmed with the album. Deep Purple in 2020 doesn't have the same spark that they had back in the early to mid 70's, and it is ridiculous to expect them to...so as I'm bouncing from Fireball and Stormbringer to these new songs, it is a bit of a tough transition. After a few spins, however, I started to settle into the new album, and the more I became familiar with the new songs, the more I enjoy them.