In issue #13 of Iron Fist magazine, to celebrate the 30th anniversary of 1984, they compiled a list of their Top 20 albums from that year. Who doesn't love a good "Best Of" list, and the opportunity to scrutinize it? What? Scorpions 'Love At First Sting' made their list, but Dio 'The Last In Line' didn't?!?! Heresy! 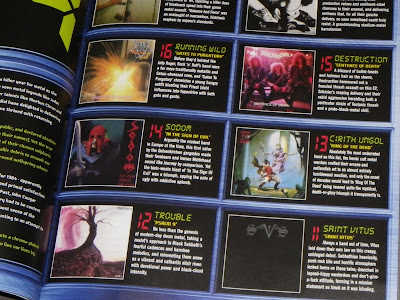 While I was reviewing the list, there were only two albums that I wasn't familiar with. I'd never heard the number one pick, Bathory, and in my ignorance, I wasn't even aware that the first Saint Vitus was a self titled release from 1984...I'd always assumed that Hallow's Victim was their first.

When it comes to Saint Vitus, I prefer the Scott Reagers albums, over the Wino releases, so when I learned about this debut, I quickly downloaded a copy. 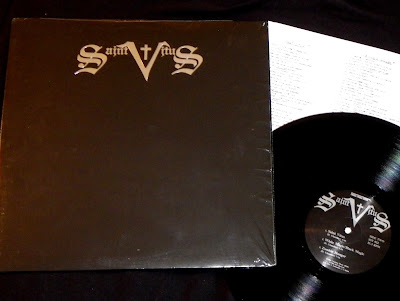 After I'd listened to that album everyday for about two weeks, I figured that I should probably buy a copy. With that black album cover, I expected it to be a complete nightmare to try and find a copy. I needed this shit to be in great condition, and I expected to have to wade through all kinds of ringwear and banged up covers to find one that was good enough for my high standards.

Soon after starting my search, however, I found a still sealed copy on eBay. I have no idea what pressing this is. It has the embossed logo, and is in great shape, so I was sold. 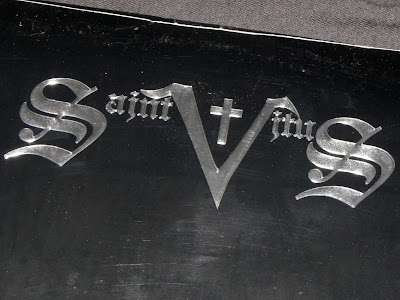 I love that metallic silver embossed logo on the front cover. So damn cool. 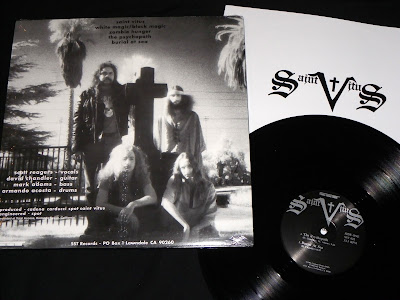 Man, what a great and heavy album. I'll take issue with Iron Fist rating the superior Trouble LP below the Saint Vitus debut, but really both records are absolute beasts.