A bit of an "Odds and Ends" post, really. This is basically just some cheap records that I've picked up over time, and I'm sick of seeing them laying around, so I'm bundling them all in this post, so that I can finally file them away properly. 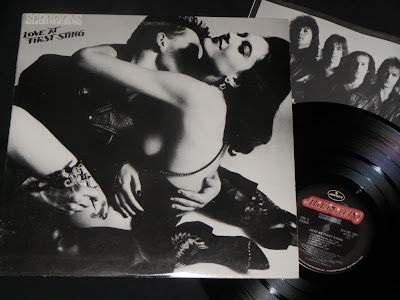 I bought the Scorpions Love At First Sting album last summer. My original plan was to pick up a couple more Scorpions records, and then bundle them with this one for a single post. Christ...here we are, almost a year later, and that plan hasn't come to fruition. Oh well. I guess that when I finally get around to picking up that German pressing of In Trance, it will warrant it's own post.

I've enjoyed the early Scorpions albums for a while, but my cut off had always been Blackout, and I stayed away from anything after that 1982 release. Love At First Sting had some monster hits, and because of this, I've stayed away from it, and wrote it off as "too commercial". When I saw it in the used record bin last year, I figured that maybe I should give it a chance. I'm glad I did, because this album is a blast to listen to. Over 30 years past it's release date, and I'm finally appreciating this classic. 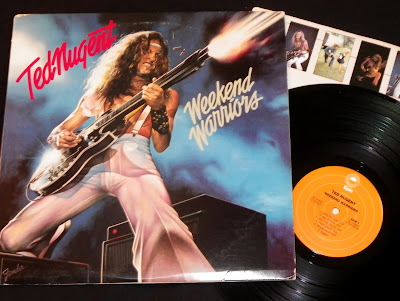 As much as a tool that Ted Nugent is these days, I still can't help but enjoy his 70's albums. I'm not terribly familiar with the Weekend Warriors album, so when my friend Jeff offered me a copy on vinyl, I didn't hesitate to add it to my collection. It's not as good as the first three Ted Nugent classics, but it is still a good 70's rock spin. 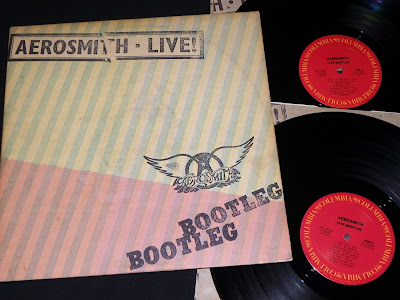 I spent a lot of my teenage years hating Aerosmith, but as my appreciation for 70's rock has grown over the years, so has my appreciation for this band. 70's bands loved their double live albums, and Aerosmith was no exception. This live "bootleg" is cobbled together from a bunch of live shows through '77 and '78, and is a pretty cool listen.