You know how some bands only release new music once every five years (Iron Maiden, I'm looking at you)? Mos Generator are not that kind of band. Seems like every time I turn around, Tony Reed and company are releasing something new. 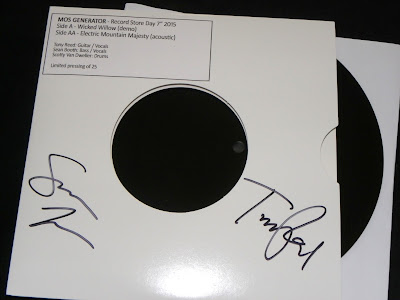 The band had a new piece of vinyl ready to go for Record Store Day this year, but apparently they weren't happy with the pressing quality, so they scrapped the whole thing. They had 25 of them pressed, which I assume was a test pressing. The band sold a few to close friends and fans, and then put up the last 10 in their webstore. I jumped on it as soon as I saw the announcement, and managed to grab a copy of the most limited pressing Mos Generator has done.

The signed sleeve is a nice touch. 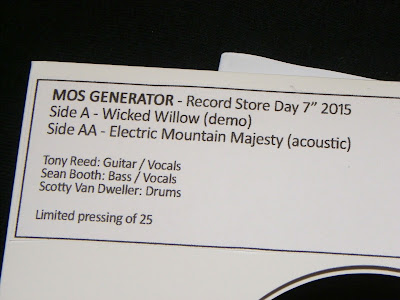 On this record we get one new song, Wicked Willow, and an acoustic reworking of Electric Mountain Majesty. Man, that new song is great...hell, the whole thing sounds great. I'm not sure why the band didn't release a regular pressing of this record. 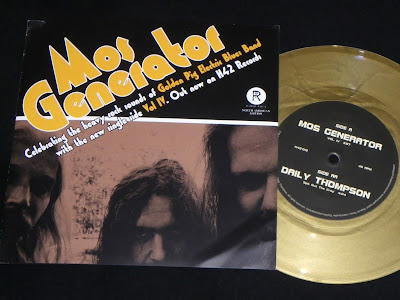 Mos Generator love their splits. After their split with Isaac earlier this year, they give us this fun little split with Daily Thompson.

Mos Generator cover a song from a band out of Washington state called Golden Pig Electric Blues Band. Apparently the band was around in the mid-90's, and were a big influence on drawing Tony Reed back to playing that Sabbath influenced, heavy rock sound from his teenage years. This is a cool little tribute. 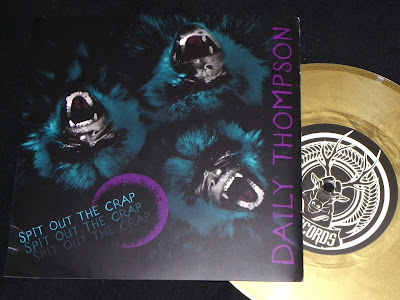 Like most splits, there is really only one side that I'll be spending a lot of time with. While the Daily Thompson side isn't bad, I just don't see myself being draw to listen to it like I will be for the Mos Generator side. 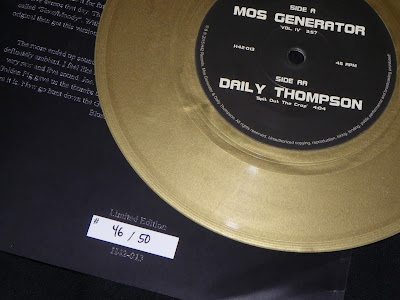 Only 50 pressed on metallic gold vinyl.