I've been slacking at getting this blog updated with new records. A couple months ago, I was all caught up and had zero backlog. I committed myself to keeping shit under control, and I was going to blog new records as they came in. Yeah, right. Without the pressure of trying to keep up, I got lazy...and now here I sit with stack of new records to blog about. Time to get serious, and start posting and dig myself out of this hole...again. 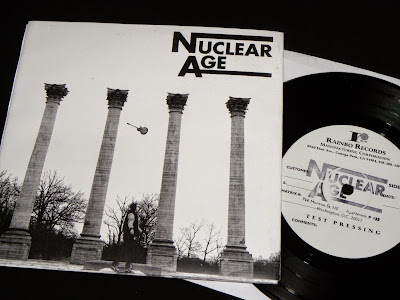 Chris over at Unwavering Spirit has solidified himself as a total dude. A couple years ago, he hooked me up with an original pressing of the Nervous Impulse record...for nothing. Just an email of "Dude, what's your address?", and then a record lands in my mailbox. This time around he sends me a photo of a Nuclear Age record that he picked up at the Damage City Fest..."Dude, I know you are a React nut, you want one of these?". Solid fucking dude. 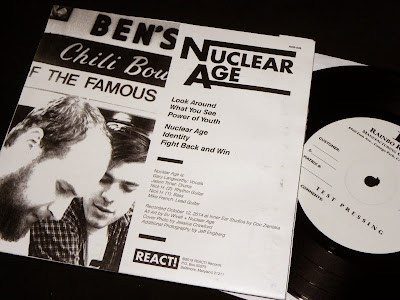 It is pretty sweet to snag an advance copy of this, especially since React hasn't even put them up for pre-order yet. Chris wasn't entire sure what the story was on this pressing. He grabbed a few copies of the record from a merch table at the fest, but it seemed shrouded in mystery. Was it a test pressing? Was it a tour press? I fired off a quick message to Ev at React, and he sorted it out. While the record is technically a test press, there are 100 of them that were quickly pressed up so that the band would have some available for their tour. I can only assume that React also have the standard test pressing...limited to 24 with a cool alternate cover. I'll have to keep my eyes peeled. 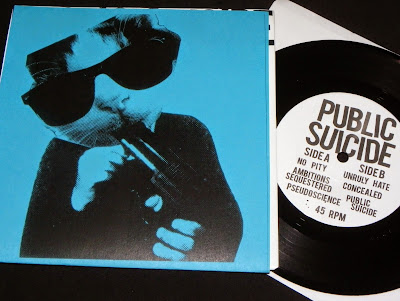 While I've been a bit hesitant to dive in to checking out newer hardcore bands this year, when a free record lands in my mailbox, I've got no choice but to give it a spin. Such was the case with the Public Suicide record that Chris included in with the Nuclear Age 7 inch. 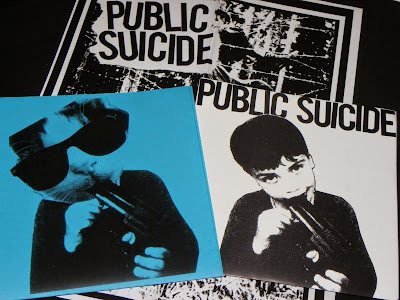 Chris didn't just send me the standard pressing for the Public Suicide record...nope...he sends me the record release pressing with some sunglasses wearing cat sticking a gun in it's mouth. Shoot pussy, eat guns. 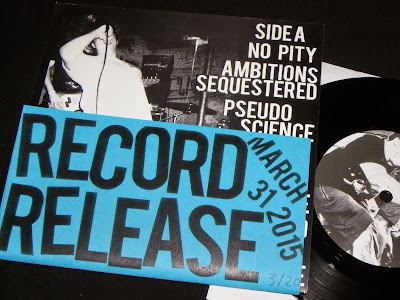 Chris grabbed one of these for himself as well, but while mine had a blue cover, the cover on his was pink. I ended up with number 3 out of 20. 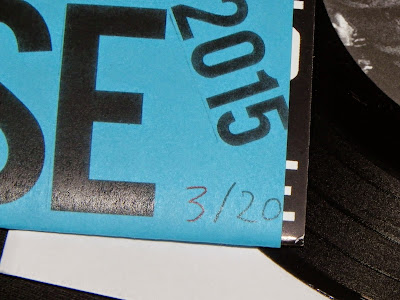 Damn, this record is actually pretty cool. Nice raging Infest styled hardcore. This is a really cool band that I would have probably otherwise overlooked. Thanks Chris!

Thanks for the shout out!!!