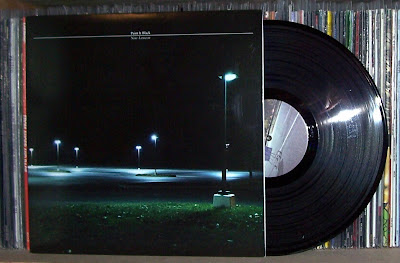 I got the new Paint It Black album, New Lexicon, a few weeks ago. The album is really good, but like their last album, I figure that it will take some time to really grow on me. I swear, Dan Yemin has one of the most intense voices in hardcore today. The words he screams just drip with passion and sincerity. The band is no different live. I've seen them twice, the first time was shortly after their first album was released and Paul and I saw them open up for Strike Anywhere in Boston. Dan opened up their set with the line, "In two seconds, the teacher will begin to speak.", which was a line lifted from the great hip hop artist KRS-One. One of the coolest intros that I've heard. The second time I saw them was when Rob and I drove to Posi Numbers in 2005. During the set, Dan got knocked in the nose and the guy was covered in blood. Apparently, the medication that he was on, thinned his blood and it just flowed from his nose. The guy didn't miss a beat as he ripped through their set. Like I said, intense. Unlike Tyler, who got lucky enough to get the limited friends press from Rivalry, mine was on black vinyl, which was limited to 270 for pre-orders.
Posted by Mike at 7:50 PM

Thats what i love about Yemin, regardless of what band he's playing in or in what capacity he's participating in the band he always brings it top notch.

I'm waiting for you to post about what Rivalry sent you for the new TFS E.P. I think i may have gotten just as lucky with that one as i did for New Lexicon

I've been putting off doing the TFS post. I had a couple of surprises come up after I got the pre-order, and wanted to include them in the same post.

PS. Sorry about the Raptors.

Haha man, I was so fed up with that team by mid-march i just stopped caring. I have never seen a team so incompetent at playing defense and rebounding. I'm going for the Celts now though.

The Celtics made me nervous with those losses against Atlanta. Hopefully they can stay strong against Lebron.