Triple B must know my weakness for alternate covers. I try to avoid buying multiple copies of records, but reissues with artwork variations are sometimes too tempting to resist. 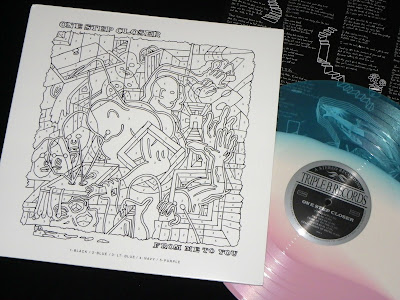 I really liked the One Step Closer 12 inch from last year. I've seen them play live a few times, and each time, they left me feeling excited about hardcore. Now that I think about it, One Step Closer is probably the band that I've seen live more than any other over the past few years... it wasn't planned, but they just happened to be on the bill for the few hardcore shows I made it out to. 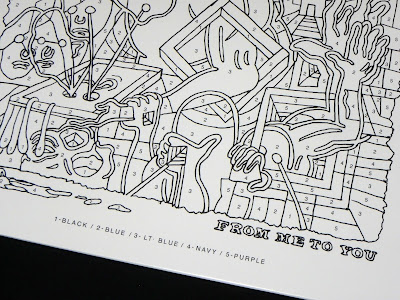 For the fourth pressing, Triple B changed the cover to a paint-by-numbers variation. I think it is a cool and different...although since I've seen this One Step Closer cover, I guess that Chubby and the Gang did the same kind of thing with their recent reissue. Not sure who had the idea first. 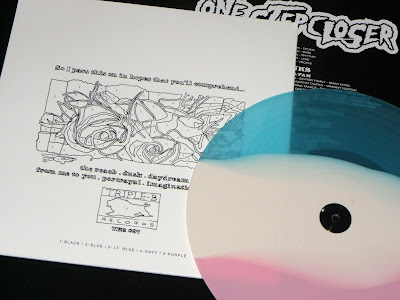 I love the colorway for this pressing. 200 pressed for this tri-stripe color. 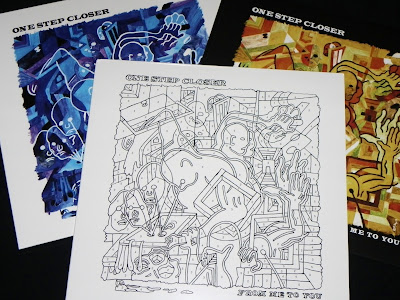 I already had the original blue cover, and the tan variant, so I obviously needed this latest cover as well. Looking forward to the new album later this year!
Posted by Mike at 9:20 PM

Labels: One Step Closer, Triple B

I listened to this one quite a few times, but I just don't find it overly interesting. To me it just sounds bland. I know the band is super popular, so I keep trying to give it another go, as I think there must be something pretty special for so many kids to be so excited about it... but it just isn't hitting the spot. What am I missing?

I think they have hints of Have Heart to their sound, but they aren't nearly as catchy. I can understand they may not connect, as they do seem to be missing a hook in some of their songs, but seeing them live, with a bunch of people going off for them, was always fun.

Paint by numbers covers? Mastodon did it first.