It has been a long time since I've posted about Beware...hell, it has been more than a few years since I've even given this band more than a passing thought. It is funny how some bands fade over the years, especially considering how much I loved this Beware record when it dropped in 2012. 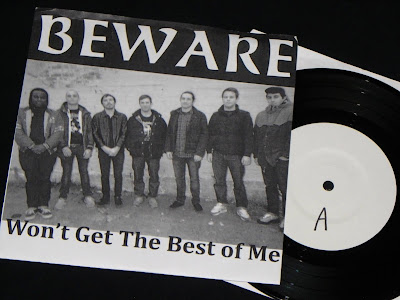 At the time this 7 inch was released, there was a pre-release version which consists of some cheap, photocopied cover that is hand numbered on the back. I'm honestly not sure that I knew this existed back then. I do know that when Marcus posted about this pressing back in 2017, I quickly added it to my Discogs Want List. Three years later, mission accomplished. 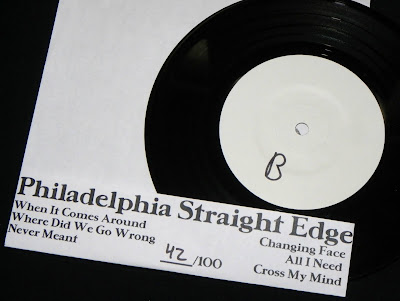 There isn't much to say about this pressing as it isn't too exciting to look at. Still, not counting any test pressings, it is nice to complete the collection for this 7 inch.