I'm a huge fan of everything that Ronnie James Dio has done, and I like to think that my collection for his records is respectable.  I still have a ways to go with the Dio singles, but the biggest hole that I've had was for the Magica album.  Released in 2000, this was the only studio album of Dio's that I was missing.  Technically, I guess I did own it, as I had the 2013 Record Store Day picture disk, but I wasn't counting it.  I needed a real piece of vinyl and for it to be packaged with a proper album sleeve. 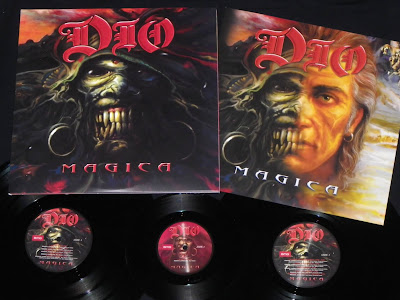 For years I've had my eye on the Night Of The Vinyl Dead pressing that was done back in 2008, but as it was limited to only 500, the average selling price was around $350, with discogs douchbags regularly listing the record for over $500.  Damn, yo.  I wasn't prepared to throw that kind of money around, but fuck me, I was getting close to that point.  Thankfully, 2020 brought a reissue campaign from Dio, and we saw those out of print albums hitting the record stores at a decent price.  I still kind of want that NOTVD pressing, but for now, I'm happy to just have a copy in the collection. 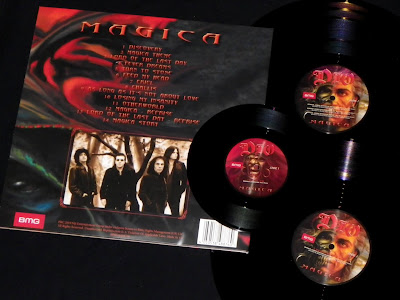 Magica is probably my least favorite Dio solo record, but like pizza, even when it isn't great it is still pretty good. 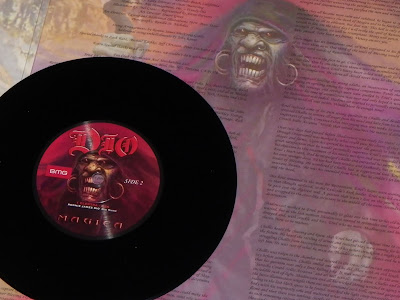 Dio recorded the song Elektra back in 2009 and it was supposed to be included with the new album that was being planned.  Unfortunately that project didn't get very far before Dio's passing in 2010.  Since then, the song has been included on some compilations and as the b-side on the Holy Diver live picture disc single a few years ago, but it is nice to see it included here as well as a bonus 7 inch.
Posted by Mike at 4:57 PM