I really loved Snapcase back in the 90's, but at some point I shoved them aside and forgot all about them. I've been in a mood to listen to a bunch of 90's hardcore bands lately, and there have been a number of records that I've dusted off and have been surprised with how much I still love them in 2020. One of those bands has been Snapcase. 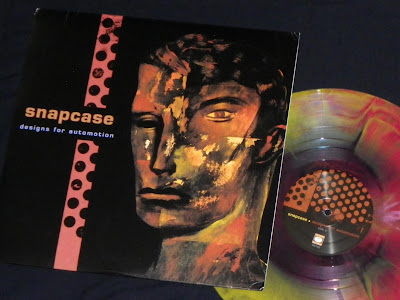 Not only was I surprised with how much I was digging Snapcase, I was amazed at how much I was enjoying the band's third album, Designs For Automotion. I mean, Lookinglasself and Progression Through Unlearning are obviously gold standard for 90's hardcore, but I'd completely forgotten that Designs For Automotion easily measures up to those first two records. It has been a blast rediscovering this album over recent months. 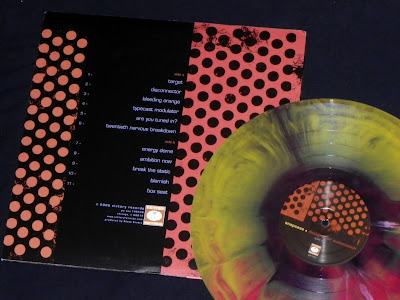 I only owned this album on CD, and was desperate to add a vinyl copy to my collection...however, I was torn on which copy I should chase down. I was tempted to go for an original colored vinyl pressing on either blue, orange or white vinyl...and they seem relatively easy to pick up at a decent price...but I was seriously tempted by the "starburst" colored vinyl that was an exclusive pressing for Newbury Comics last year. 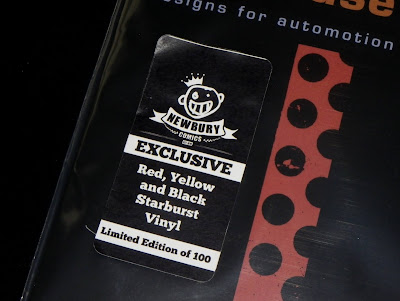 The colored vinyl for that pressing looks insane, and I wanted to see one in real life, so that was the one that I grabbed off eBay. Stupidly, it actually cost more than an original pressing, but damnit, I wanted this starburst color...and don't get me started on how badly I'm tempted to rush out and buy other pressings for all the Snapcase stuff.

The Starburst Looks So Dang Good!

Love this LP! I've never actually went back and listened to their earlier stuff - had this and Coagulate back in the day (never liked Coagulate as much although the title track is great) but this album has stayed the course (still on CD only though).