There are a number of old school thrash bands that are still around and releasing quality albums. Overkill and Flotsam & Jetsam have already released new albums this year, and it is good to see Death Angel on the attack as well. No lie...the new Death Angel albums are heavier and faster than their Frolic Through The Park and Act III albums from the late 80's/early 90's. I'm not saying they are better, but there is a level of intensity and anger that I don't remember from those early days. 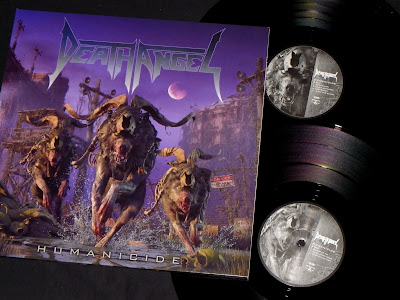 Humanicide is the sixth album from Death Angel since they reunited in the early 2000's, and this thing definitely hits hard. Mark Osegueda's voice is absolutely vicious...it doesn't sound like he has lost anything since the metal glory days of the 80's. Mad respect for this band. 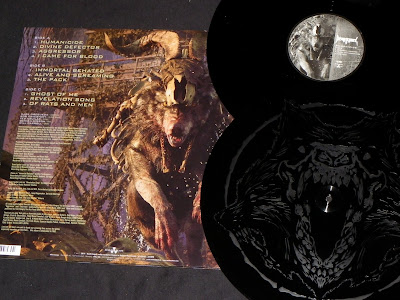 I didn't want to mess around with colored vinyl when I picked up this album. Black vinyl gets the job done here. Nice looking etching on the d-side.